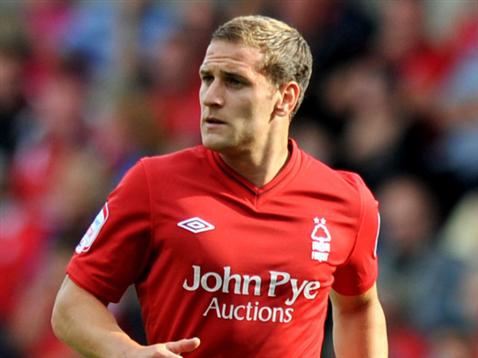 It’s not too often I disagree with Sean O’Driscoll vehemently even after a disappointing showing – but I do this afternoon.  Whilst this wasn’t the horrorshow of disjointedness and errors we saw at Portman Road, personally I didn’t think that this performance was good enough from Forest against dogged visitors.

Whilst it’s easy to say they had a penalty that should never have been given and handballed their only other decent chance into the net, the fact is we didn’t offer much either.  Our penalty is was definitely in the ‘soft’ category but perhaps a better claim than theirs, and aside from that I don’t think we brought a save from their goalkeeper.  That’s not good at home.

I don’t have the rabid frustration many feel at playing one up front at home if you have the right supporting cast in midfield, but I think it’s fair to say that we don’t really have that.  The side lined up looking a little something like this:

Of course in opening I’ve been somewhat uncharitable to Hull, who did go about us a bit – and whilst Camp only had one save to make of note in the first half we did see Ward clearing off the line from Evans prior to Meyler putting the rebound wide.  This was half an hour into the game though, it was definitely one to file under slow burner.

The opening goal came for the visitors, Meyler ran into the area with Gillett alongside – the Hull player shoulder-barged Gillett into the deck before taking to the ground himself, only to see the referee (and assistant, I think) give a penalty.  Flabbergasting and understandably the Forest players were absolutely incensed at the decision.

Robert Koren stepped up and coolly sent Lee Camp the wrong way with a very good finish.  Just before half time Billy Sharp capitalised on a bit of lax defending, nipping in front of Brady and going over under a smidgin of contact, going to ground in the box.  Soft, certainly – but at least there was actually contact by their player.

Amusingly the Hull fans didn’t seem to realise the kick had been given initially, only to revert to diving gestures which was rather ironic considering how they’d taken the lead!  Billy Sharp took the kick and bagged his fifth goal for Forest with a very good finish into the top corner to give Forest the equaliser.

Those of you playing the Goals for LJS game for each of Billy Sharp’s goal need to get your donations in to the page today.  Click here to do so!

Chris Cohen perhaps ought to have done better as the half time whistle approached – but he blasted over after the ball came to him from a Reid corner.  All in all a fairly dull half, I thought Hull offered a little more than Forest – although there’s no way on earth there’s was a penalty, and ours was soft too.

Forest did start to look like they’d woken up a little bit in the second half, Guedioura had a chance to shoot after good work from Reid but curled his shot just wide from the edge of the area.  Sharp nicked possession thanks to a mistake from McShane but Chester was able to get a block in on Coppinger’s cross to deny us the opportunity to capitalise.

McShane was the man to give Hull the win with a little over 20 minutes to go – a corner was hit in powerfully and the defender rushed in putting the ball in with his arm, pretty visible from where I was but apparently not to the referee or his assistants who gave the goal despite the rather angry protests of the Forest players and Lee Camp in particular.

Having said that, it was bloody awful defending from Forest regardless of whether it was scored by McShane’s hand, arm or todger.  O’Driscoll made some changes, introducing forgotten-man Lewis McGugan and Dexter Blackstock at the expense of Gillett and Cohen (the latter in particular who’d had an uncharacteristically quiet game).

Sharp had a couple of late efforts, one just wide and bringing a fingertip save from Stockdale with a looping header at the end.  Whilst I disagree with O’Driscoll’s assessment of being pleased with the performance I suppose it’s reassuring at least that it was a considerable improvement over our last outing.  That said, I still maintain it wasn’t good enough.

That’s not sour grapes or disrespect – whilst they were dour and negative (and Stockdale is probably the only goalkeeper to take longer over a goal kick than Lee Camp!), Hull were certainly more positive than us over the ninety minutes and whilst I maintain neither of their goals should’ve occurred, on balance of play they probably were good value for a win.

Disappointing – and plenty of work to do on the training ground for the Reds.  I do accept we’ve been hit hard by injuries, and I certainly accept that we’re a work in progress this season, but I expect better than I’ve seen in our last couple of games.  I suspect that the manager does too despite his post-match comments.

Despite all this though I do think there are sections of our fans that are over-reacting (particularly the Twitterati).  I’m still very much supportive of the manager and the players, and think the fans could do more to play their part in what could become a difficult run in December.  I do hope to see some re-balancing of the squad in January though.