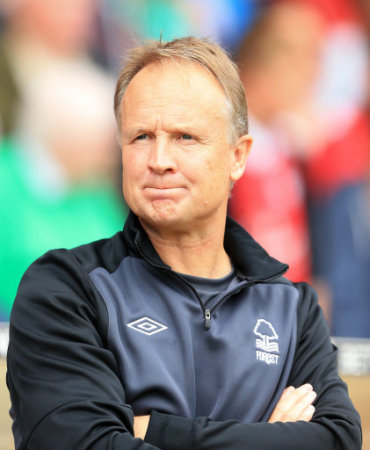 O’Driscoll sacked on Boxing Day having overseen a 4-2 win over Leeds.

A bout of illness has consigned me to bed and left me idly not bothering with Watford reports, Leeds previews or updates – but the news of Sean O’Driscoll being sacked was enough to rouse me from my pit of misery.  After an enjoyable afternoon of watching Forest beat Leeds this has brought the whole day right down.

When the news broke we’d be taken over by foreign owners I admit I was highly dubious – you don’t have to look too far to see mismanaged clubs in modern football, sacking managers on a whim, reneging on agreed strategies and alienating supporters into the bargain.  I must admit, I was quickly sold the idea that the Al Hasawi family weren’t going to be like that.

This would indicate I was wrong to be so ready to trust in our new owners – because let’s review where we are.  We’ve got a squad hastily assembled without a decent pre-season, we have acknowledged gaps in our squad, we are eighth in the table and just a point away from the play-offs.  For me, that puts Sean O’Driscoll comfortably in the ‘decent’ bracket, if not outstanding just yet.

However, I bought into the idea of building for a sustainable future – to allow a manager, coaching team and squad to develop over time.  That was the strategy we were sold when the new owners arrived, and no amount of flashy replay boards or electronic advert boards will make up for this change in direction that makes us look more like a Leicester or a QPR at their worst.

Not that the gaffer was perfect of course, many seem to think that supporting the idea of him building a team was a suggestion he was somehow perfect – a paragon of footballing brilliance.  Let’s face it, if there’s something Forest have struggled to produce consistently so far this season it’s footballing brilliance.

It will be intriguing to see the direction the Reds take now with the next managerial appointment.  One can only assume there is a candidate in mind, someone to make the necessary adjustments to the squad in January.  This episode has left me very disheartened and feeling let down by the empty promises of the new owners.

If we are to become a foreign-owned club whose owners tinker without consideration or expertise then I’m afraid that I will struggle to maintain my interest what is increasingly becoming an isolating sport for those of us who fell in love with the beautiful game before the dawn of the Sky Sports era of greed, impatience and anything but a sense of sporting fairness.

I’m going to use this opportunity to take a natural break from blogging about Forest.  It’s a decision I’ve been mulling for a while anyway, as pressures of life and other factors make finding the time for this difficult to achieve anyway.  I may yet return to active chronicling duties, but if we go the direction I fear under the stewardship of the Al Hasawis then I might well find myself drifting away from Forest all together.

To Sean – thank you for what I think you were trying to achieve at Forest, it’s fair to say you were some way off the mark as to where I had hoped we’d get to – but then, I’m sure you, much like me, expected you to be given more than a few months to achieve your targets.  All the best in the next step of your career – I bet you wish you’d stuck with Crawley.

To everyone else – thanks for your comments over the years, it’s been appreciated and whilst the last few years of supporting Forest have had more highs and lows, I’ve struggled to feel more aggrieved and pissed off than I do right now – so I’m putting the blog on ice until the dust settles.